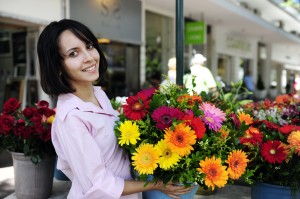 sweda was the brainchild of an informal network of women in 1989, including Davinder Kaur, the present manager, who was working as a business adviser at the time. Women seeking to launch businesses at the time often experienced a patronising attitude from traditional advice services.

This led to a feasibility study funded by the local authority into offering a business advice service specifically for women. An independent researcher interviewed clients of existing, male-oriented services. Lack of childcare support was one of the issues noted.

sweda has always worked in partnership with other organisations. It began by offering a service during school hours, linking with local nurseries to provide childcare for younger children, and providing a play area in the meeting space when a client was accompanied by a child. This made the service much more accessible to mothers.

Recognising that the barriers to women in business run quite deep, sweda’s interventions started at an earlier stage of business development than other advice services. A business course would typically include:

sweda is characterised by a sensitive non-judgmental approach, warmth and empathy. It aims to give tools to help people make their own decisions, not to dictate a particular path. Its style of mentoring seeks to enable and empower clients, not to force them to be prematurely independent.

From 2004 Business Link was expected to supply all the needs of emerging entrepreneurs and funding for sweda’s specialist service dried up. Locally, the Economic Regeneration Unit was pushing jobs rather than business start ups as the main route to regeneration. sweda had often been approached with requests for help with job applications, and was quick to recognise the opportunity to offer support to disadvantaged job seekers. At the same time, it helped women setting up nurseries or childcare businesses, as these were providing direct support to jobseekers undertaking training, and the newly employed.

More recently, sweda has been able to offer a wider range of business support to women again, as first Business Link delegated some of its work to specialist agencies and latterly was disbanded.

Branching out into employment support has led to a number of new developments, so that sweda now offers a wide range of services to disadvantaged local people seeking to become economically active and improve their life chances:

• Reaching out to 16 to 18-year-olds not in employment, education or training (NEETs)

SWEDA is back Open!!

SEARCH TIPS: Refine your search – Refine details like distance and posting date on the left hand side of the page for quality results Search by postcode – Searching by postcode gives